What are the advantages about working in Belgium as a sailor on inland navigation?

Are you looking for a job as a sailor?

* We can mediate in finding a suitable working environment for you!

* We will arrange the complete administration for you with your new employer.

* If desired by the employer, we also arrange transport to and from the ship.

* We are reliable, transparent and always available for questions. 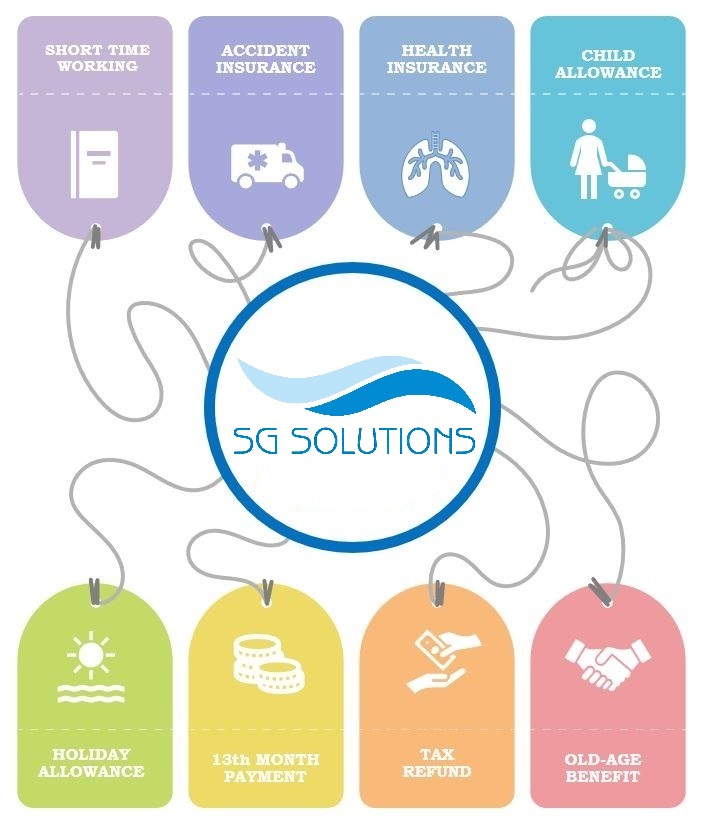 Interested to work in inland navigation according to the Belgian law?

Please fill in this application form! We will contact you as soon as possible.

In Belgium wages are set by collective labor agreements. Agreements between trade unions and employers, at company level or at sector level. The law has imposed limits on wage growth. So wages are set according standards and minimum wages are established. The salary provided is the gross salary. Deductions in this salary, like social security contributions and income tax, will be made before the net wage is collected. The amount you actually receive is the net salary on your payslip and will be paid according Belgium law to your bankaccount.

Who is your employer?

Your employer is the owner of the ship on which you will work as a sailer / steuerman / river captain.

Who is SG Solutions?

Will be the intermediary between the employers, employees and various institutions by offering services like; hiring assistance, completing labor contracts according the state regulatory requirements, keep updated information within the industry, reporting hiring documents to related institutions, salary administration, free days, taking care of health insurance and child allowance.

How is the National social security system regulated?

Belgium has a well-developed social security system which guarantees to Romanians the same rights and obligations in terms of social security as any other worker in that country.  The Belgium social well fare and health security will compensate the remaining costs of refund between Romania & Belgium. Better pension amount when retiring, better legally protected according to the Rhine River Convention, Rhine river sailers have to be insured in Belgium.

What are your benefits in Belgium according to the contract?

See the most important benefits described below.

From the moment you start working you are insured. This insurance provides a full protection for you on board or during the shift. SG solutions ensures all administration steps to apply this accident insurance according to the state regulatory requirements.

From the moment you start working your are insured. This health insurance covers all persons legally resident in Belgium and all the people in their care. SG solutions ensures all administration steps to apply this health insurance according to the state regulatory requirements.

The bonus is paid by the national agency for Annual Vacation (ONVA / RJV). The amount depends on the earnings earned during the previous year. The bonus will be paid mostly in June.

Depending on the collective labor agreements, some workers will receive a 13th month payment. The sector of Inland Shipping has this benefit. The amount is based on earning earned during the previous year and represents about 80% of the net amount of a full month work. This bonus is paid by the Fund for Rhine and Inland Navigation, mostly paid in January.

Depending on the collective labor agreements, some workers will receive a short time working payment. The sector of Inland Shipping has this benefit.  The amount will be paid by the Fund for Rhine and Inland Navigation, during the month September, based on 1 day of a full month work.

If working in Belgium, you could be eligible to claim back a substantial tax refund. The Belgian tax year for personal income runs from January 1st to December 31th. Everyone resident in Belgium and non-residents taxed on Belgian-sourced income have to fill an annual Belgian tax return. You will receive this tax return arond May-June, relating to the previous year income.

Everyone who is working in Belgiium under an employment contract is insured for old-age benefits. A foreign employee start to build his pension rights from day 1 as if he was a Belgian eployee. The Belgian Pension Fund comes as a supplement to the pension fund made by the employee in his country.